This morning while we were having breakfast, I told Hudson about the new baby in his teacher's belly. He acted unimpressed (though secretly I know he was a little jealous about having to share Whitney with some baby...) As he went about his business I couldn't help but think of my friend Sharon and how, if she'd been there, she would have corrected me: "You know, technically, the baby's not in her belly, it's in her uterus."

You see, Sharon Bay (yes, THE Sharon Bay) speaks the truth. Always. As a parent, she's taken the stance that honesty is the best policy. TMI? Nonexistent in her world. She's pretty much the only person that makes me blush on a regular basis.

When her daughter asked her where babies come from, she bought her a book that explained the whole process. Soup to nuts (literally.) When asked if the Easter Bunny was real, she replied, "I'll tell you the truth if you really want me to." Her daughter wisely replied, "Um, nah, it's ok."

As for Logan and I, we make a sport of having fun with facts and being slightly inappropriate. The man at the bakery with the fluffy white beard? "Huddy, look! It's SANTA!" When someone bends over to pick something up? "Huddy, go smack 'em in the butt!" Vagina? Penis?? No, thank you. We prefer chachi and weenie.

Hudson will find out soon enough that babies don't actually come from bellies and that the bumps on a woman's chest are technically called breasts. For now, I love that he runs around the house carrying the latest issue of GQ yelling, "BOOBIES BOOBIES BOOBIES!" 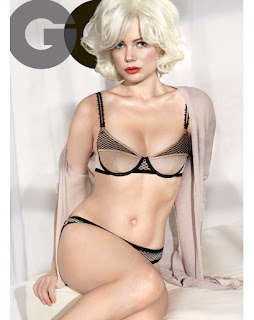